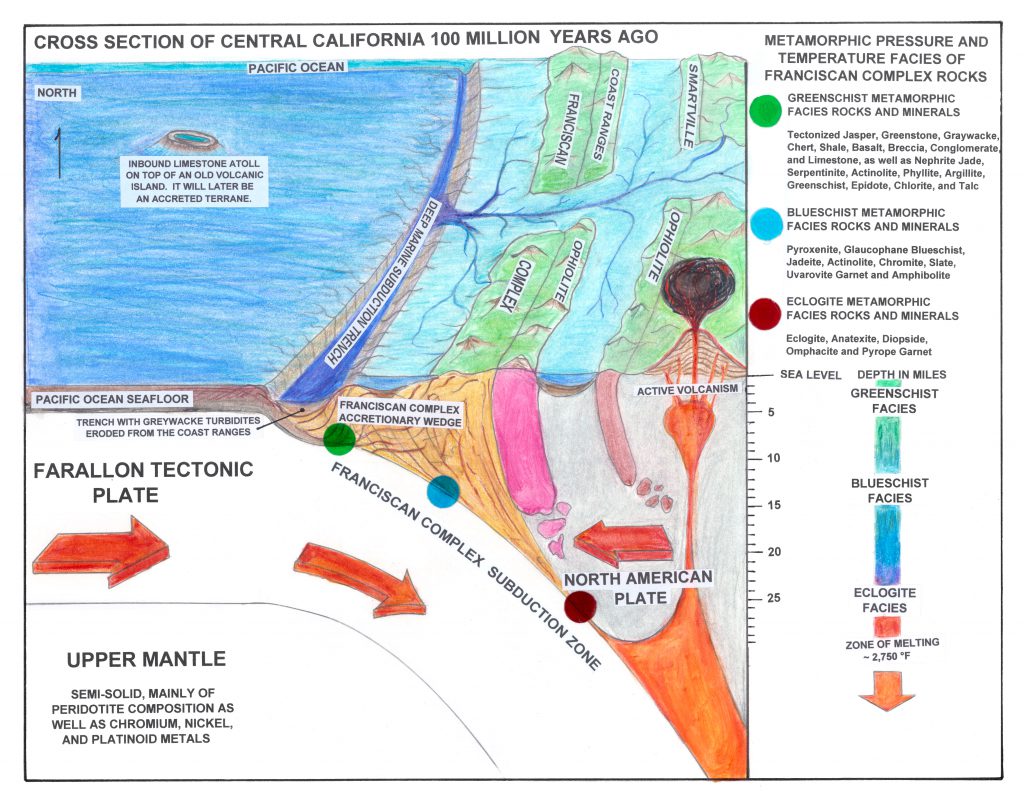 Most of the Viewing Stones on this website are from the Franciscan Complex. It is the largest geologic formation in the State and stretches from S.W. Oregon into Santa Barbara County. It is over 50,000 feet thick in places, and was created over 150 million years through a continuous geologic process called Plate Tectonics. It is the most studied rock unit on Earth and the geology of most other rock units pale in comparison. Figures 1-3 show how the Franciscan Complex formed through a conveyor-like procession of sea floor sediments that were subducted, tectonized and then burped back to the surface. The Franciscan has gold, gemstones and many kinds of unusual minerals and rocks.

How to setup your work environment 2

7 healthy Foods that can save your life 2

New IDE that can actually save you time 2

How to setup your work environment 2

7 healthy Foods that can save your life 2